…or at least thats what we say in Dutch. Hirondelles, Swallows, Zwaluwtjes were flying low this week to catch the flies in Chateauvert. 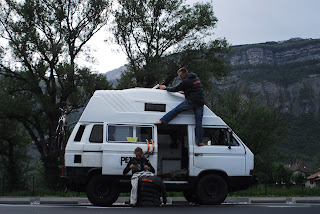 Last week I drove 925km South to Crolles, France. Again.
I’m addicted to someone who lives there in a small campervan.
The weatherforecast was bad, just rain, rain, wind and thunderstorms for the whole week. I managed to do some of the things I needed to do (climbing a viaferrata and making a presentation about safe viaferrata climbing) and then it was already weekend. A long weekend as the French celebrate/memorise the WWII on May 8. In the Netherlands we do that on May 4/5.

We decided to go to Chateauvert close to the Verdon in Southern France as it seemed the closest place with some good weather for the weekend.
Close to Crolles it even snowed that weekend!

We drove straight after Dennis finished work. As the van has it’s ‘habits’ we suddenly ran out of petrol. Dennis went by bike to get some petrol. The closest station was closed but there was a very friendly French farmer that drove Dennis back to the van (meanwhile I was cooking Ratatouille) with his car and got us some Diesel. We wanted to pay the man, but he was just happy to help us out.
After we lost our Diesel to some m*&%$ckin’ Bulgarians a couple weeks ago, this was a real surprise. Thanks mr. farmer!
We were quite late so decided to park the van. It became a place close to the river Buech.
It rained a lot that night. I was worried that the van would become part of the river, but we were just fine. 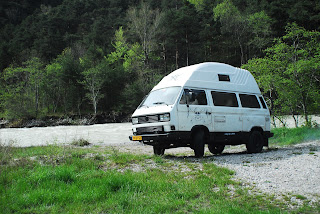 The van at the river Buech.

The next day we arrived in Chateauvert around midday after a exciting ride with huge hailstones that covered the road like a Winter-road in Chamonix. Just a moment later it was Sunny again when we enjoyed the Lavender-fields… 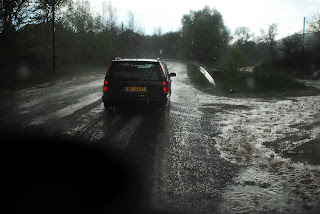 Chateauvert is the area where I had my first outdoor climbing experiences 6 years ago. Together with Chérie (former international competition climbing judge and my climbing partner in Arnhem) and two other friends we climbed there for more then a week. I did my first 7a/7a+ Magicien d’Oz. And realised how much I love this sport/life.

On the first day I figured that my climbing style is still the same. Maybe I got stronger but when I did the moves I suddenly remembered “oh, yes, thats how I did it 6 years ago”. Interesting how your mind and body memorises movements for such a long time. 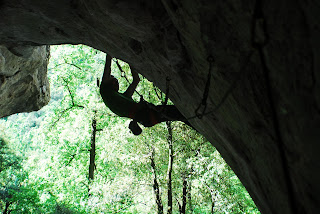 Dennis climbing a 7a+ in one of the caves. (Can’t remember the name)

Southern France is getting warmer and warmer, closer to the Summer and everywhere you see the nature changing into a beautiful play full of colours and sounds. 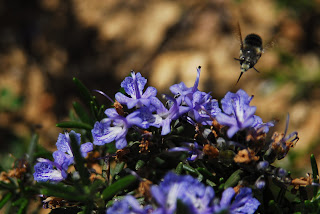 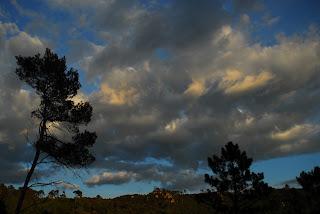 Dennis and I like to find special places to sleep in Dennis’ VW Syncro campervan.
He Loves his Synco. He’s together with some other ‘crazy’ dudes united on a Dutch forum about the VW T3 Syncro van. He checks the forum daily and when I’m around one of the main subjects is the van. Not because of the bad performances or ‘issues’ but all just about how to improve the van and get it into a perfect 4×4 vehicle. “Does your 4×4 have a kitchen” is the text on a sticker he found on an American Syncro forum, and yes, it’s quite what it’s all about: having an van that can bring you everywhere.
Everywhere around the world. 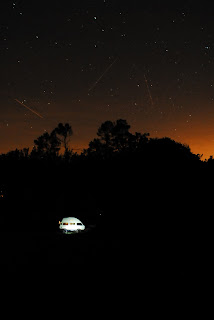 After/during our trip to China last year we got ideas on how to perfect our China experience. When we’d have a campervan we could just go wherever we wanted to go. Not bound on other people, hotels, transport. Just us and the country around us.
The idea grew and now we have a plan: travel to China (Getu) with the VW T3 Syncro.
All the way from the Netherlands.
And if possible travel back as well. Through Russia.

This week we’d been collecting information about the possibilities.
Dennis and I got a book from Dennis’ grandparents about a couple that traveled with an VW oldtimer to China. Dennis’ grandparents knew already about our idea and with the book they tried to help us find the right direction I guess.
The two from the book are not exactly the same as we are I found. They’re a bit like the average couple you’d find on a beach in Ibiza, not used to camping, not used to traveling with a campervan…
And a big difference; we want to add something to our trip: climbing!
We want to climb in all countries that we’ll visit on our trip. All the way to Getu in China where we were last year.
We just calculated the time it will take us: at least 2 years…if we want to climb at least 3 days per week and travel the other days. (Anyone who knows a millionaire who wants to sponsor us…maybe…?)

So…still a lot to figure. 2015 will be the year. After Dennis has finished his studies.

Back to Chateauvert.
The climbing was quite hard we found and sometimes the distance between the bolts was just really long. Too long.
I had difficulties climbing a 7b+ and failed to onsight 7a’s. Strange…
Though it was fun. The area is really friendly you can’t imagine easier access to the cliffs. The guidebook says 2 seconds approach for some of the sectors and thats right: bumper belay. 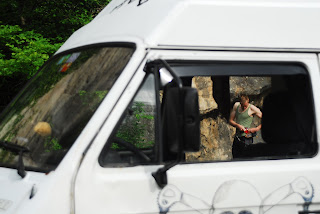 The most beautiful route is one of the first ones in the guidebook on the complete left-hand side of the cliff there’s a 2 pitch 6b/6b+. I climbed both pitches in one. They’re continuous without any real cruxes making it a beautiful chain of movements of meters and meters. Pure climbing! 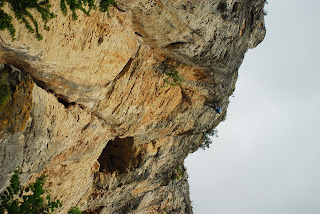 Yesterday we drove back to Crolles. Dennis had to work again today and I have to work tomorrow.
I drove the 925km North today.
Feeling happy.
Like a millionaire.
Because I just did this week what I love most and it felt like I have everything I need:
house, boyfriend, sun, climbing…

Now just a bit of money-making to do this week and then I’ll go again all the way to Southern France :) 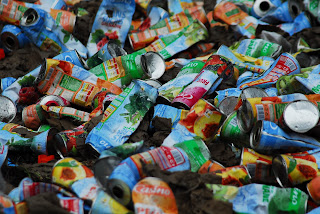 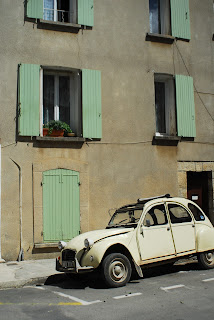 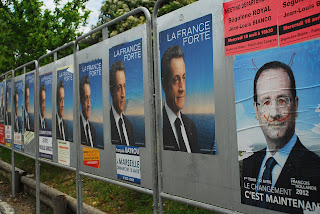